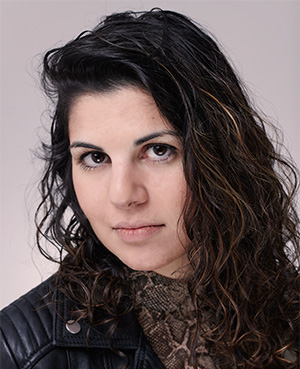 Annika Monari speaks to us about her path from particle physics to blockchain startups, designing blockchains within blockchains to solve the problem of scalability that plagues the technology. In her new startup, Coral, she is bridging the gap between enterprise and crypto, and reinventing B2B wholesale in fast-moving consumer goods (FMCG).

The founder of Coral and co-founder of Artos Systems and the Aventus Network, Annika Monari is a London-based FinTech and blockchain specialist. Graduating as a physicist at Imperial College London, she was awarded a Forbes “30 Under 30” in 2021 for her innovations in blockchain technology. With Coral, she is using AI and blockchain to reconfigure the B2B wholesale industry into a virtual distributor with lower costs and up to three times the industry margins. She is using these tools to fill FMCG retail shelf space with up-and-coming challenger food and beverage brands that turn 50% faster.

Q: You are the founder and CEO of Coral. Tell us a little about this tech startup.
A: In January 2021, we started building an online wholesale marketplace for conscious food brands with high-quality ingredients to sell their products to retailers. Our products took off, with our user numbers growing by 40% week on week for over three months. We had over 1,000 customers, which became  painful to manage with 10 people and no venture funding—especially once we released online ordering and had 30 orders in three countries in eight hours after launch.

After launch, I realized there was low customer satisfaction with their existing products, which led to the rapid adoption of our AI-selected products. After speaking with our customers, we realized there was a massive market opportunity to personalize product curation for retailers, which is how Coral was born.

We initially worked with cafés and supermarkets. The real epiphany for Coral came about in August 2021 when we placed the same product in two cafés, three doors apart in West London. In one café the product sold in three hours, while in the other café the stock is still sitting on the shelves. There is quite a lot of nuance in product assortment and the types of products that different retailers should stock. When you dig into the problem, you realize that the wholesale industry and these supply chains are fairly archaic. With AI we can personalize or customize the curation of products to the customers of the business or to the business’s specific brands or needs.

That’s really where Coral came from. We are changing the wholesale industry. It’s the only industry that hasn’t been disrupted since the 1960s. It’s as though they missed the software update, and no one has paid attention to them.

Q: Please tell us also about your previous startup, Artos Systems, which led to your being awarded a Forbes “30 Under 30” in 2021.
A: When I started my career as a particle physicist, I was using AI to predict how different kinds of particles decay into dark matter. Then, when CERN changed their energy levels and the way they configured the hadron collider, it disrupted all my models so badly that I would have had to rewrite all my years’ worth of code. That ended my career in particle physics.

Around this time, I was sitting in the university cafeteria when I saw a flyer that said, “Predict the price of Bitcoin and win £300.” I entered it and used natural language processing to predict the price of Bitcoin by analyzing Twitter feeds. I won the competition, but in the process found out about Ethereum and the blockchain space during the early sales of the currency, and I went all in. I started designing different economic models and that’s where my first start-up, Aventis, came from, in which we built a blockchain.

We soon realized that Ethereum was too slow to be economically viable for an enterprise to use. I’ve always been interested in bridging the gap between enterprise and crypto and I started to ask: What are the constraints? What’s stopping this from being adopted? One reason is that it’s very esoteric. Most people don’t know how to do anything with this technology. So, that’s how Artos Systems emerged. We had blockchain at Aventis, and at Artos we were going to try to build enterprise bridges over to the blockchain.

The other problem, which we solved at Aventis, is that at fifteen transactions a second, Ethereum was too slow and frankly unreliable. In its current form it was unusable in the enterprise space, so we built a layer-2 solution on Ethereum. Every single Ethereum transaction that contained the entropy, or data, was now associated with thousands of other transactions on a higher level.

Q: How do you see FinTech and blockchain impacting the financial industry over the next five years?
A: If we’re speaking about challenger banks and new methods of offering finance, I would describe the impact of blockchain and FinTech on the financial industry as providing wider access to capital and greater self-sovereignty for investments. Access to capital becomes much cheaper. The ultimate direction of FinTech and blockchain is to level the playing field. DeFi allows a large number of individuals and smaller businesses to aggregate their resources and really create value on par with larger companies.

The reason the FCA and SEC are wary of crypto and FinTech is because the normal customer is not educated in that sector. So, the role of these organizations is to safeguard the public financially. Will all the behemoths die tomorrow? Absolutely not. If these big companies are smart, they’ll build themselves slightly different. But in this new world, opportunities that were previously available only to large corporations and ultra-high-net-worth investors will become available more widely to the general public.

Q: What inspires you the most at this time in your life, Annika?
A: For me, it’s always about levelling the playing field. That’s really what we’re trying to do with Coral. The wholesale industry today can’t predict if a product is going to sell, so they’ll buy from big brands who offer them great margins because that’s safe. This is how companies have historically used economies of scale to grow: how do I produce the maximum amount and then push my unit costs so low that I create a competitive moat, because no one can produce cheaper than I can? And the problem here is that often quality suffers for it.

At Coral we’re able to predict which products are going to sell with a given retailer, allowing us to deliver healthy, high-quality goods while getting their per-unit costs really low by lending them money against our predicted sales. We know what’s going to sell because our AI-driven technology predicts this accurately, and so we’re able to offer smaller players the same opportunity that larger players have today with the economies of scale.

Q: One fascinating aspect of your journey is how you moved from physics into the arena of entrepreneurship, and you really are a serial business founder. What are some of the main challenges that you’ve experienced in that process?
A: Physics and entrepreneurship are more similar than one might at first think. In physics we observe a natural behavior and use mathematics and logic to derive a model of it, whereby it can be reproduced or recalculated or broken down into something useful and meaningful. That’s what building businesses is all about too. You observe a phenomenon—the customer and their needs—and then try to create a model that allows you to build something that’s better than all the alternatives out there. I like to solve problems, whether it’s in physics or in business.

Q: Where do you see Coral in five to ten years from now?
A: What I’m trying to do here is invent virtual wholesale. I want to make wholesale intelligent, profitable, and decentralized. And I want to then sell it as a service to other wholesalers, really upgrade the industry so it becomes more of a Software-as-a-Service or an infrastructure play. I think there’s an enormous opportunity. We have a partnership with The Vegan Society and we are focusing on health-conscious, sustainable, ethical products and challenger brands. Food and beverage in the UK market is really just the beginning.

Q: What one piece of advice would you give any aspiring women business and industry leaders reading this?
A: Use your seeming disadvantages to your advantage. I can guarantee that your biggest advantage is sometimes also your biggest weakness. Just flip it. It annoys me when people say that being a woman is unfortunate. As a physicist, as a programmer, as an entrepreneur in blockchain, I’m always in a room full of guys. And who gets the most attention? It’s me.

Whether you’re black, blue, a woman, a man, autistic, or poor, there’s always some value in everything. The biggest advantage you can have is finding a way to leverage your disadvantage, because people have a blind spot to it. They think it’s a weakness and don’t see it coming.

Q: What qualities of yours would you say have contributed the most to your professional success?
A: Anthony Joshua, the British boxer, said, “Stay hungry, stay humble.” It’s honestly that. I never enter a room or a conversation and think that I can’t learn something or that I’m not going to be wrong. I probably am wrong in some way, and I’m ready to learn and take value. And I love to fail. One of the best moments is when you start a new skill and you suck at it, but you can see that in a day you’re going to be so much better at it. Take value from every moment and always think about improvement.

The other thing is that I don’t give up. I just don’t. I can guarantee it: put me in the ring with anyone and I’ll be the last one there. Hundred percent. And for me that’s the way you win. 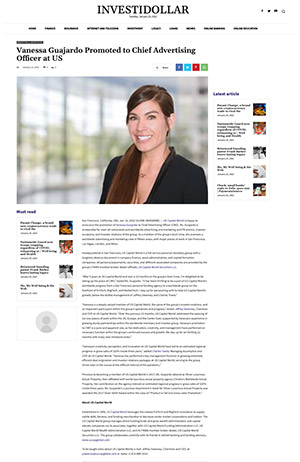 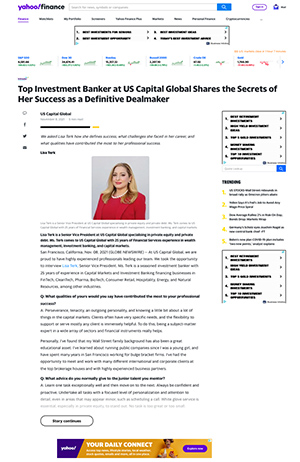 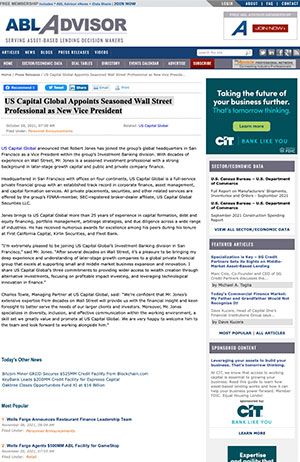 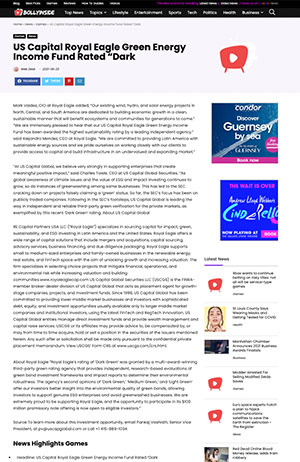 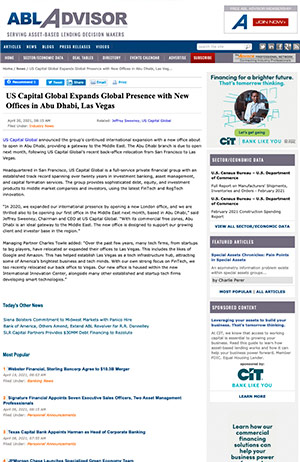 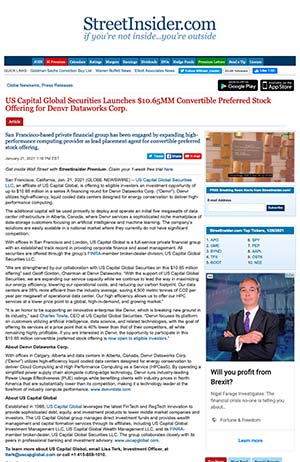